Steady as She Goes for the Barrie Real Estate Market in January!!!

Steady as She Goes for the Barrie Real Estate Market in January!!! 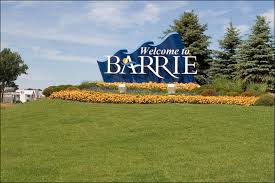 According to the statistics presented by the Barrie and District Association of Realtors this week, sales indicators for the month of January were strong as the city continues to experience positive growth.

Residential property sales recorded through the MLS® System of the Barrie & District Association of REALTORS® Inc. numbered 218 units in January 2015. This was an increase of 12.4% per cent from last January.

“January marked a solid start to 2015 for home sales in the Barrie region, with activity coming in above both the five and 10-year averages for the month,’ said Bruce Shipley, President

of the Barrie and District Association of REALTORS®. “With months of supply running near record lows, the average home price continues to rise”

The Barrie & District Association of REALTORS® cautions that over a period of time, the use of average price information can be useful in establishing trends, but it does not indicate actual prices in widely divergent areas or account for price differentials between geographical areas.

The dollar value of all home sales in January 2015 was $73.6 million, rising 19.5 per cent from year-ago levels. This was a record for the month of January.

January posted another increase in new supply. New supply has risen by double-digit figures on a year-over-year basis in eight of nine past months. New residential listings rose 10.0 per cent from January 2014 to 507 units in January 2015.

Overall supply remains below most of the past decade. Active residential listings on the Association’s MLS® System numbered 916 units at the end of January 2015, down just three units from year-ago levels.

The Barrie and District Association of REALTORS® Inc. covers a geographical area that includes the City of Barrie and part or all of the surrounding townships, including Springwater, Oro-Medonte, Innisfil, Essa, Bradford-West Gwillimbury and Clearview.

If you are thinking about selling your home, now might be a very good time for us to discuss how, in the current market conditions, we can best market your home to obtain the highest possible sale price.